Time has flown; I’ve been in Beijing for about three weeks now, and I’m finally beginning to feel like part of the city. I know my way around Dongzhimen, have a couple of favorite food places, and at last got a Chinese bank account, which makes a HUGE difference when navigating Beijing. With a Chinese debit card, I was able to set up WeChat Wallet and Alipay, two smartphone-based payment platforms that dominate life in China. Having these has opened up the city to me—quite literally, too, since it meant I could get a subscription for Mobike, one of Beijing’s many amazing bikeshare programs!

Last weekend’s exploring! Lama Temple, or Yonghegong, only a short bike ride from my current apartment.

Wandering through hustings in Gulou 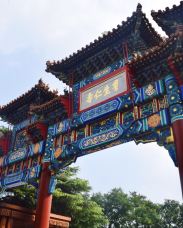 During my first week or two here, my life was hilariously centered around one single intersection, where Dongzhimen Inner/Outer streets meet the 2nd Ring Road. I lived on one corner, worked on another corner, and ate and shopped on the other two corners, and I quickly started to feel like I needed to get out and see more of the city. This changed when I moved into my second Airbnb a bit farther away (which I love! I’ll be sad to say goodbye to it when I move to my permanent place this coming week) and when I got Mobike. I now bike EVERYWHERE. Bikeshares here are so convenient because you can park a bike anywhere, not only in a designated hub, and there are so many around all the time to choose from. Beijing is the perfect biking city—there are big bike lanes everywhere, drivers are generally pretty used to cyclists, and individual city blocks are so long that having a bike really does make a difference. I’m going to try to keep biking even though the winter, though the cold weather and increased air pollution will definitely make that harder.

View of my most-frequented intersection from the office.

A gorgeous sunset in Haidian, where I went to meet up for dinner with an old Harvard classmate!

On a different note, I LOVE my job. Our Flourish team is small, but close-knit, and we work in the most beautiful office overlooking the 2nd Ring Road. We spent our first week and a half on the job demoing our lessons for the year, revising the curriculum to make it better for students, and working on Flourish’s amazing textbook project. This past Thursday and Friday were my first days teaching—I taught a class of 35 10th graders at Beijing no. 50 High School and another of 33 7th-8th graders at no. 54 Middle School. Both went extraordinarily well (save for the kid who cheekily told me his English name was Satan, but we moved past that quickly) and starting this week, I’ll have a full schedule of seven classes at six different schools to teach in every afternoon.

I’m not only teaching in Beijing, though, but also learning myself! This week I officially began Chinese language lessons with a private tutor. I go to see 林老师, my teacher, on Monday and Wednesday evenings at a Mandarin school close to my office. My lessons are going well so far, and I’m excited to keep working with her—you can get around Beijing without speaking Chinese, but it’s difficult, and struggling to string words together to communicate with taxi drivers and store clerks has started to make me feel a bit alienated. I’m determined to pick it up fast, so I’m working as hard as I can. 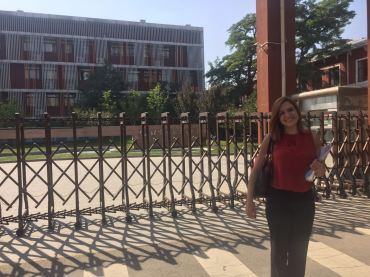 The living room area of the Flourish office, where I do most of my work.

Work and Chinese classes take up the majority of my time, but on weekends I’ve been able to catch up with some other Princeton in Asia fellows in Beijing. I haven’t had a ton of time on my own, though, so yesterday I decided to head out to the Great Wall to do some solo hiking and reflecting on my first few weeks here. I chose the Huanghuacheng (黄花城) section, which is a wild, unrestored part of the wall alongside a lake that has been allowed to crumble and overgrow naturally since its prime in the Ming Dynasty. It’s a lesser-known section, so there were hardly any other tourists there. Being completely alone on the Great Wall of China, watching the sun burn off the morning mist as I scrambled over 500-year-old stone, was one of the most unbelievable feelings I’ve ever experienced.

For anyone in Beijing who wants to visit Huanghuacheng (and I recommend it) it’s really easy to get there from downtown! The 916 express bus goes straight to Huairou from Dongzhimen bus terminal, which is the same bus you’d take if you were going to Mutianyu. It costs 10 kuai and you can use your subway card. Once in Huairou (the last stop on the bus), you have two choices. I planned to then take the H21 minibus to the restored section of Huanghuacheng, but ultimately chose to go with a taxi driver who offered to take me to the wild section of Huanghuacheng and wait for me for four hours for 150rmb round trip (~$22USD). This is the quickest way to get to the wild wall, where you won’t have to pay the 45rmb tourist entrance fee like you would at the restored section; instead, you pay the local people only 5rmb to access the wall here.

Hiking the Huanghuacheng section of the Great Wall. 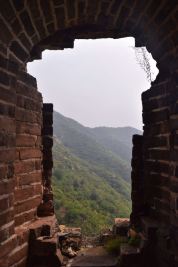 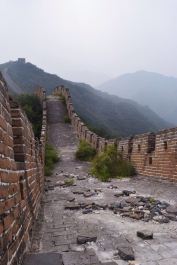 Overall, it’s been an amazing three weeks, with more excitement on the horizon (Mongolia for National Week with PiA friends??? Coming up soon!). But I’ve realized that it isn’t work, or Chinese classes, or adventuring that have slowly made this place begin to feel like home. It’s the little things—small, everyday experiences that are so uniquely Beijing, tiny triumphs that reassure me I’m slowly starting to find my way. Here are just some that have stayed—

I’m so lucky to have a year full of these ahead of me. 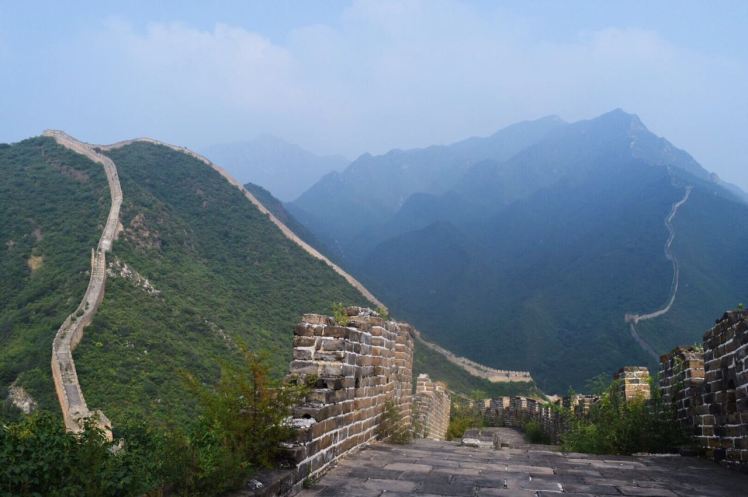